I want to get this shit out of the way now, yeah I do have a bias against Ford. Ford is on my short list of things that just need to die forever, like how I wish Tyga just die while recording one of those struggle bars. Like how I wish Tyga would've gotten killed by a tiger while doing the Hotel California cover. That shit is beside the point though. Ford has been putting out hot struggle on four wheels through all of its divisions for years. The Mustang and their trucks are the only products worth actual currency and shit. But Bill Ford the 60.5th, or whatever grandson were on, really fucked up when they restructured or renamed or whatever the fuck with Lincoln.
I type this as I sit in the passenger seat of a Ford Edge going down I-95 South through Virginia towing home my latest stupid thing. I look out the shitty black plastic interior into the shitty beige plastic interior of a Lincoln MKX barreling past me, I couldn't help but notice that mothafucka looked indentical to the shit I was in, plus it had the same Brownsville, Brooklyn-grade interior that looked like some Puerto Ricans from around the way put it together. I mean, my nigga, that shit is just like a blatant Matrix slap to the face. That's like letting somebody walk through your door, eat your chicken, fuck your girl, take your dog, and leave in your whip and then your dumbass sits there and gives them money and directions to the 7-Eleven. But the MKX is the oldest vehicle in the lineup, let's move on to the 50 Tyson of the Lincoln lineup: the mothafucking MKZ.
I mean nigga, have you seen this shit? First off, to buy a nicely equipped MKZ you are looking at $47k. Forty-seven-mothafuckin-thousand, fam? Fuck you mean? Mind you, thats for a EcoBoost I4 AWD, par, not even the V6. Now, my nigga, I went and built a Fusion with close to the same level of equipment and that joint was $40k. 7 grand less fam. 7 fuckin thousand. Now 40k for that Fusion is way too much to start with, but $7000 more for a car that not only is uglier, but is basically the same thing, makes you just want to Matrix slap the fuck outta somebody my nigga. Like I want to find Bill Ford the XXVI ¾ and slap that nigga into his great-great-great-great grandmama’s uterus for this rolling travesty. Buying the MKZ over the Fusion is like fucking with a pretty ass bougie chick with natural hair that don’t go through your text messages and switching up and fucking her mildly-retarded little sister that looks like Chief Keef, then get her ugly ass pregnant. It's not so much that the MKZ is a bad car, it's got a decent feeling and looking interior, has okay road manners, and isn't the worst entry-level luxury car out there. BUT it doesn't excuse the fact that a car mechanically identical to it, that looks better, and has most of the same features is available at a much lower price. Why would I throw extra money down on a hooker on U Street, when I can buy an escort online for a lot less money? But that's not all, there's more wrong than just vehicles.
Remember when presidents limousines were Lincoln Town Cars? Remember when pimps wouldn't mind being seen in a Mark VII? What pimp you know want to slap hoes in a MKS? I mean son, what the fuck made these niggas think it was okay to take a Taurus and not even make the shit look better, then tell yo ass that you gotta pay more for it? Then to further insult a niggas intelligence, we get a fucking MKT in black, and these mothafuckas got the nerve to call it a Town Car. You know what fuck it, my ass just gonna walk to the hotel from the airport since y'all irresponsible ass niggas at Ford decided that I didn't need a respectable looking ride to the damn hotel. Fuck we do to y'all to deserve these travesties, Ford? Y'all think we dumb right? Like I can't see that my MKS is closer in resemblance to a Taurus than Tia and Tamera Mowry.
You know what, lemme wrap this up before I end up getting killed in Detroit by one of the 30 million Ford family members. Or for that matter any random nigga in Detroit. Lincoln isn't gonna survive long cause these niggas at Ford don't care any more. They want to dick old white people around by providing them with shit that is consistently worse than everything else, but still putting a brand on it that they cherish. You know what? Fuck this, fuck Lincoln, and fuck anybody that has supported this shit by buying anything them fuckbwoys been putting out. Peace. Now go listen to Versace 15 more times or something. 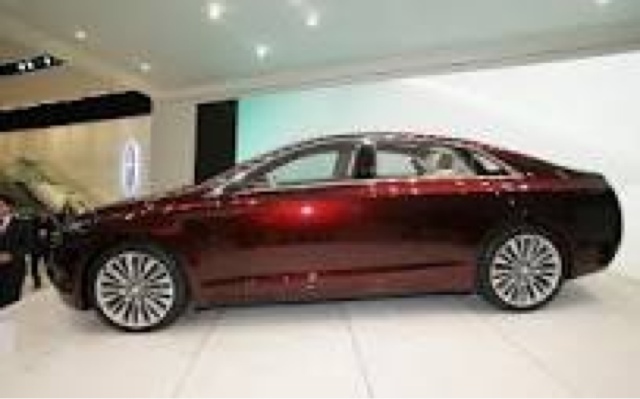