Ramblings of a Rich Mad Man.

This is for y'all. A day in the life of a guy. A guy who doesn't know who he is, but knows what he has. Just read it.
You ever just wake up and just feel the pussy you had the night before? Like you feel every small rib and wave inside? Oh, you haven't? I guess it's only me. I wake up looking for the ingredients of the perfect mimosa: Moët Imperial and Simply Orange. You can't go into deep reflection over the sex you had the night before while parched and sober. You know you were on the north side of drunk the night before. You couldn't have possibly been thirsty in what has to be the wettest pussy locked in your increasingly short memory. Forget all of that, I have to go work now. Which means I'll walk into my office where my idiot employees will either have gotten an early start in day drinking or fucking on the copier. What do you expect for a company run by a guy that took the surface streets to work purely so he can smoke a cigar. This is also the same guy who knocked back three of those mimosas before he realised he was already fucking two hours late. Don't get me wrong this place is profitable, it's just the corporate culture I created falls more on the side of cheap porn than cheap polos and khakis. Look at Helen. Fucking slut. I'm surprised she hasn't made kids with one of these doofuses yet. I haven't fucked though. But whatever, I'm gonna go lay down on my couch in my office and contemplate why I can't stop drinking. Fuck. That was a good nap, is it time for me to slip out for lunch yet? Wait, there's a call from the shop, guess I'll use that as an excuse to leave. My dick is hard. A***s has been looking for a bonus for spring break. I'll make her earn it on the way over there. This stupid fucking BMW makes it hard to get my dick sucked while driving. Center console is too high. No worries, we can just go to my office at the shop and fuck on the one way mirror overlooking the shop floor. Look at that shit, look at all those Porsches on the lifts. Look at my shit in the corner. Fuck, I gotta concentrate, this has to be worth the cash I'm giving her. All those pictures of her at Zumba on Facebook are really showing right now in this firm ass I'm smacking. I bet this bitch has never seen a Porsche before. Fuck. Her voice is annoying though, let me press her face on the glass so she'll shut the fuck up. Look at that Carrera GT, this is some wealthy shit right here. Oh damn, I hit the point of no return, might as well let it go. I better get her some Plan B later. Yeah that's a good idea. Phew. Wow, that's just filthy I'm not even gonna look back over at that. While she goes to the bathroom to clean up I'm gonna go take care of what I came over for in the first place. I left the car I wanted serviced in the cage. As I unlocked the cage I stared at my beautiful 997 Targa 4S and all it's brownness. I pulled it out and threw the key at my guy and told him to park it near the gate when it's done. A***s is coming down the stairs, maybe we should get going. But where? I don't want to go back to the office. She looks like she could catch another nut. Plus, it's dark and it's still 75 fucking degrees outside so I can put the top down. If I go back home I'm gonna drink a whole bottle of Champagne and some liqour and all the beer I'll find before I pass out. How about I try to go to her place, that sounds easier. I mean my cum is still running out of her right now, I should at least hang out with her. Wonder where we'll go? 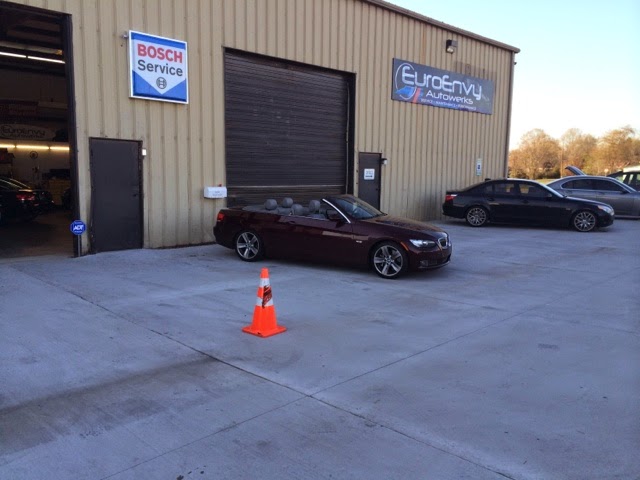