This one started before I even spent my money to be here, but I'll give you what I've got of the beginning.
I'm going to use the customer's real name in this one, because he has to be the single biggest fucking idiot on the damn planet. This stupid ass nigga is the absolute vertex of smart dumb mawfuckas. We'll get to that part though, let's start with the car.
At one time it was a very straight and easily retailable 2008 S550. Heated and cooled seats, power sunshades, keyless go, all the good optional shit. A beautiful black on black unit ripe for every usual type of drug dealer that walks in the lot.
But for once we sold a car to someone with a good credit score and a strong legitimate income source. This guy is Aaron, the owner of a few local tatoo shops and all around smart guy. Too smart actually, but again we'll get to that later. Westlake gave him a loan for the car with only $3k down, a very limited amount of stipulations, and gave him 45 days for the first payment. But Russ felt uneasy for some reason and actually came in during AM hours to install a GPS unit in the car. I don't even think he could've imagined how fucked up this would end up being.
But back to Aaron and his dumbass self. This retarded-intelligent nigga was on top of the world. Or so the world thought. Really, this dude was a half ass drug dealer/scammer with a one-way ticket to prison. He was facing strong federal gun charges and a laundry list of other offenses. With all of this going on he forgot to make his first payment on the car.
The news came from our banker at Westlake when he was two days late. Trey gave him a call to inform him that if he didn't make the payment during that ten day grace period he'd be in first-payment default. Long story short, his car would be swiftly ordered for repossession. Now you may be wondering why Trey would give a single shit about him defaulting on this loan after it already funded. If a prime credit customer first-payment defaults on a loan at Westlake, the dealership agrees to buy back the car for the loaned amount minus interest. Which meant we would have to buy the car back for some exorbitant amount of money. Fuck that.
Trey called Aaron after he went 7 days late and offered to make his first payment for him. He declined and said he'd make the payment. Three days later, it was over. Westlake never recieved payment and fuckface Aaron was nowhere to be found. We ducked Westlake for a couple weeks until they started calling from weird numbers. So we bought the car back and proceded to clean up the mess we created. Here's where shit got interesting.
Since we owned the car again, we had to repo it. We sent our favourite repo man the GPS information and he got started. After two weeks of reconnaissance and waiting for a new key they decided to pounce. He put all of us on a group iMessage as he went after the car. The first message was a picture of him behind the car in traffic. Thirty minutes later he said the car had already stopped three times and Aaron got out with something in his hands. They couldn't grab it because he left his homeboys in the car. Thirty minutes later he texts us to let us know this nigga had damaged the car cosmetically all along the passenger side. I kept up with the cars GPS monitor for another hour and he continued his stops all over town, ten in total. The last ping from the GPS put him at Southpark Mall. Five minutes later the repo guy texts that he has snatched the car from the valet lot at Southpark. Five minutes after that he texts that the car ran out of gas a block away from the mall.
After a frantic gas run, the repo man calls us about an hour later to let us know the car is safe and sound at the impound lot. NC law requires lienholders to impound a car for ten days at a third party location to allow for recovery of personal property from the vehicle so we couldn't see the car for a while. But, for Aaron to recover his property from the repossession agents he'd have to cough up $50 and the original key. He never showed up.
But while the car was resting at the repo lot, we get a call from State Farm. They were wondering why they sent a check for body repairs to Aaron for a car that doesn't legally belong to him anymore. Some digging found that he was preparing to commit insurance fraud to collect the money he dropped on the down payment for the car. He had a shop write an estimate for repairs he'd never have done in exchange for a few hundred bucks. State Farm cancelled the check and began litigation against Aaron. But here's the bright side: through some complications in NC law, we would get the check for the damage to the vehicle. Simply because they were insuring the vehicle still when the damage occurred even though we had already taken back ownership of the car legally.
But finally after a couple of weeks Russ rolls the beat up S550 into the showroom. The entire right side had been damaged, down to a flat tire. So to get the car back to frontline ready we bagged all his shit before we sent it to the body shop. We found all sorts of great shit in the car, from a Masonic ring to his federal indictments. He still has yet to come claim his shit of course. 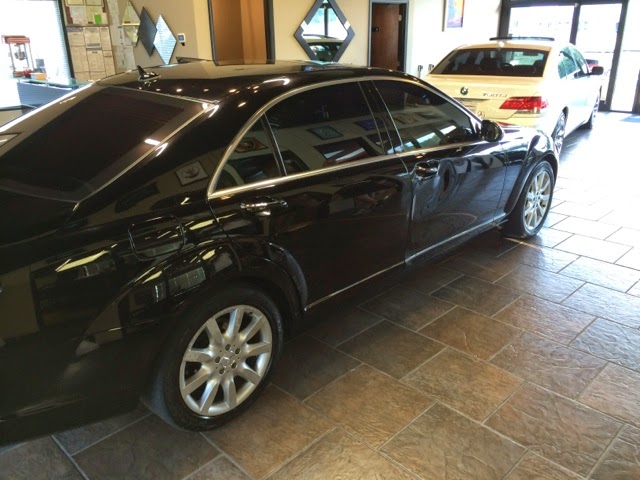 Last I heard of Aaron, he got evicted from one of his tattoo shops and is awaiting trail. The car just hit the body shop this week, and the floorplan company can't wait to make us pay a curtailment on it. Moral of the story: niggas don't appreciate shit, don't give them shit. 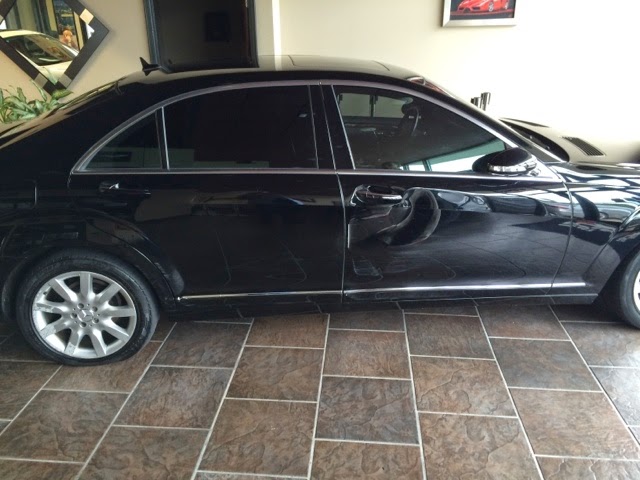