Alright guys, it's been a while but I brought it back. I decided that the Porsche Stories Saga needed to continue well into the future. Enough about that, enjoy the story.

I never imagined I'd get married. But here I am at 38 years old, where my brown Targa 4S once sat is an equally brown Cayenne. I wouldn't say I am a shell of the man I once was. I never quite changed. I drink less, drive slower, but I'm the same guy underneath it all. My house off Queens Road turned into a home, clear of all the worst memories. It's now filled with the noise of having a 9 year old son getting ready for school and my wife chasing him through the halls. She walked into the room where I was lounging.

"Were you and that little brat up all night working on that car?"

"Hey don't blame me, he wants to work on it so it can be his later. Can't knock the kid for having some drive."

"Whatever, you mind taking him to school Mr. Work-from-home?”

“Gladly, when are you coming home tonight?”

“Nothing in particular, just wondering.”

As soon as she made her way out of the room my rambunctious 9 year old son, Gareth, popped in. I'll explain him later. First I have to get him to school.

"Dad, can I ask you something?"

"Look, these kids at school didn't believe me when I told them you had a 918."

"What? I was just telling them about all the cool cars you have and the one we're building."

"To keep you from getting beat up, I'll drive you to school in it today. Don't tell your mom though. She hates that thing."

I can’t help but feel like an idiot for keeping a 3.2 million dollar investment in my home garage, but I’m the same guy that has 25 million dollars worth of Porsches sitting next to a lake that may flood at any moment. But that’s beyond where I sit right now. My boy is waiting for me to take the top off of my beautiful hypercar on a warm late summer day, you can’t dream days this beautiful into existence. His mom mostly doesn’t like this car because it cost a ludicrous sum of money, but also because she thinks it’s unsafe. I don’t think he quite cares about that though, with that large smile on his face.

I’m happy even though I fear I became exactly the type of person I loathed in my youth: The spoiled kids that used to pick on me because I didn’t have the trappings suburban life is automatically supposed bestow upon you. I feel like I accidentally created a new one, but I’m not entirely sure. Good thing is he has my charisma, not his mother’s jaded avenue of expression. I’m proud to say he’s my son as he bounds out of the Porsche, beaming as he makes his way into school.

I don’t know If I’ve made it or not, I’m rich in wealth and spirit, but I’m not entirely sure I’ve arrived. As I pulled back into the garage, I couldn’t help but be overwhelmed by what I had become. A man, with a family, people who rely on my existance and my love. But that isn’t important right now, I’m enjoying the benefits of being a C-Level executive that doesn’t actually have to be in his office everyday.

I walked into my home office and passively read some emails. It wasn’t long before I was bored and hungry. I looked at the Everose Sky-Dweller on my wrist, it was 12:45, so I went back to the garage. Illiana had taken the Cayenne, so I took the only other thing safe to drive: the Panamera Turbo S.

I bought the Panamera new a month before Gareth was born, my beautiful, brown, 997 Targa wasn’t going to see the light of day much more. Illiana insisted on the Cayenne and I refused. So I bought a Panamera Turbo S and she took the Cayenne S. Honestly I don’t even know where the Targa is right now, I think I left it at the lake house. But that’s not even important right now cause the valet at Vivace is chomping at the bit to get behind the wheel.

As I sat down in the restaurant, I began to think of the night I had planned for me and Illiana. Date night had been more of a distant memory for us at this point, most of our time was spent loving our boy and securing our futures. I couldn’t help but notice two gentlemen sitting at a table nearby that managed to keep looking my direction throughout their meal. I chalked it up to paranoia as I walked out to the valet stand. I looked at my phone and read the text from the nanny that she picked up Gareth from school. I hopped in the Panamera and let all the noise from the Fabspeed exhaust move the world out of my way.

As I bounded up I-77, I called Illiana to surprise her with my plan for tonight’s festivities.

“Hey dear, how is work going?”

“It’s going. What’s up with you, you sound excited about something.”

“Just meet me at the lake house as soon as you leave the office.”

As I made my way down the gravel drive, under the shelter of the tall trees, I could see the shimmering light make it’s way back from the water. The cooling fans mimicked the sound of the boats bouncing across the lake at full throttle. It had been a few months before I had seen this place, the large storage building had a dark blue 964 sitting outside with peeling clearcoat and random parts laying around it. I opened up one of the doors and made my way inside. Parked in the very front was the green 997 GT3RS that got me tangled up in love in the first place. She had taken it on a track day a few months back at VIR, I had it freshly detailed and couldn’t help but smile.

It took me back to the first time we came here after reuniting in Atlanta. It was early fall, a warm breeze crossed the lake and brushed the golden leaves as they fell. The light clouds took away the usual glow the house has when you walk down the open hallway. It was her suggestion to come here. She was driving the Macan company car that day, I was in my Audi S8. We were both tired from a long work week and wanted nothing more than to get away with each other. We laid in the bedroom and looked out over the backyard and daydreamed aloud about what we wanted from life.

“Owning this house was me halfway fulfilling my dream of living on the Italian Lakes.”

“Why don’t you get a house there?”

“Too far to travel, too much money just to have a place to take a vacation. I guess life told me it was just a dream. Not practical by any means. I understand it better now. Plus, I like this place, Lake Norman is more than enough for me. I mean, look out that window and tell me that doesn’t make you happy.”

She just locked her gaze on the horizon. Without a word she placed her hand in mine.

“The only thing here that makes me happy is you.”

I could hear the muted burble of a V8 making its way down the driveway. The brown Cayenne came to a halt in the gravel. The quizzical look on her face wasn’t what I expected as she hopped out and stomped towards me.

“What bad news do you have for me, huh?”

“Why did you come here of all fucking places expecting bad news?”

“Something made me feel like you were hiding something from me.”

“The only thing I was hiding is the chef that made us a great meal to talk over. Now please, let’s go inside.”

The Place by Inc. was flowing through the house as we walked down the hallway. She walked straight back to the windows and grabbed a bottle of Malbec from the rack. As she pulled the cork, I could tell it was her keeping all the secrets. I stood at the end of the hallway and inspected her face as she tipped the glass to her face, her hand visibly shaking. I walked up to her and gently removed the glass from her hand and softly sat it on the table.

“He said ‘Your husband won’t outlive his past, and neither will you.” and then he just- he just walked away.”

She started sobbing on my chest. I had no clue how to explain to her what all this really meant. Fifteen years have passed at least since that day. What do they want with me now? What do they want from her? I stepped back and reached under the table.

“Illiana get behind the couch now!”

I pulled my Beretta NEOS from under the table and placed myself on the wall at the end of the hallway. A foot kicked through the door and then what sounded like three men ran into the house. It felt like everything I went through before came back to me in an instant. All the flashbacks from my previous life became real in this very moment. I made sure I grabbed the extra clip from under the table.

This is the beginning of my last chance to resume my life before I made myself into a criminal. In that very moment as my wife cowered behind my couch, I realised that was never the person I was. I tightened my grip, and aimed. 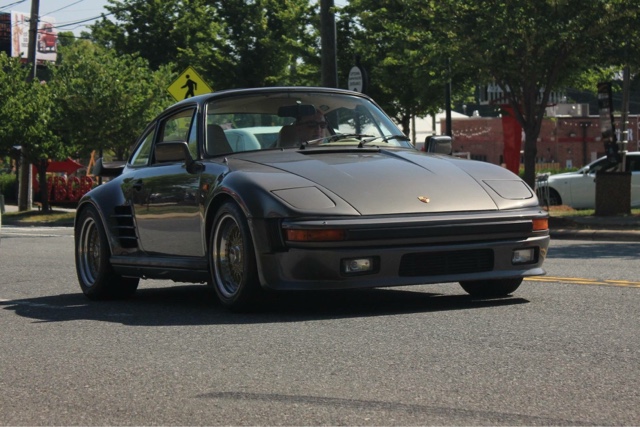