Back in 2013 Justin Timberlake surprised the shit out of us by announcing his first album in 6 years. Needless to say everybody was excited, including my ass. After my first listen of the entire album I went and showed my ass on Twitter with a full review. Today, I’m reposting everything I wrote in its entirety. So here it goes, my track-by-track review of The 20/20 Experience.
Okay I’m ready *cue the: “Get out your seat, E” line*
First of all I want to thank God for giving Justin TImberlake all those random African genes.
So here it goes, a nigga has never had his ears fucked like the wettest of pussy, like this album has mine. Like the smoothest stroke ever. Was it worth waiting 6 years? Well, I’ll get to that later. But first I’m gonna break this shit down track by track. Keep the fuck up.
Pusher Love Girl- Did Robin Thicke just write a song for my dude? That shit had me wanting to hate on JT like I was Kevin Hart. Like as intro tracks to an album go that was like dropping off Asher Roth in Brownsville, Brooklyn and saying bye. Your ears aren’t ready, B.
Suit & Tie- The album version of this shit is still fire my nigga, like I felt like I just stepped out the back of a black and white Maybach with a $30k Brioni Tux on drinking scotch out of all my Grammys and shit.
Don’t Hold The Wall- This shit kinda scared me at first son. I was scared it was some shit off that last Beyonce album. But then all of a sudden, that shit turned into some otherworldly shit that had me diddy boppin like a mothafucka.
Strawberry Bubblegum- At first the name on this track threw me completely off. But when it dropped all my fears went away. Like I literally put on a suit and sat in my parlor and sipped vodka and my lights self-dimmed in blue and shit. The 40/40 Club must be similar to this honestly.
Tunnel Vision- Those drums my nigga. THOSE FUCKING DRUMS. It reminded me of how Tim used to go in on Aaliyah’s old shit son. But it was smooth like the center links on my old Yacht-Master son. It was so fucking smooth.
Spaceship Coupe- Is this a sequel to “End Of Time” man? I love this shit. I’m gonna dedicate this shit to a certain honey skinned gawdess.
That Girl- Uh Oh, this shit is a problem, and in a bad way. Bonus track? Should’ve been. Better than most of the shit put out by Miguel, yeah.
Let The Groove Get In- This track was sketchy at first, but then my house literally picked up and started dancing and shit. That track has this ill ass outro too son, like my mind went crazy.
Mirrors- First off, why are the drums from Cry Me A River on this joint son? Time got lazy as fuck here. BUT. That shit was beautiful as fuck, like clouds kissing in front of the sun and turning orange and pink and shit (pause.) Like the track put the kinda picture in my head that niggas put gay ass quotes over on tumblr and shit.
Blue Ocean Floor- Son, I just forgot where I am. That shit was foolishly beautiful. Like I heard all of my ex girlfriends sigh, and every Ferrari V12 ever made revving at 1762.5 RPM in the background. Like the sound was as beautiful as the one made by me slapping Drake all the way from Toronto to Memphis then back into his mommas uterus.
Overall, a 9.5/10. Like I see why Kanye got all jealous and shit, sitting in the corner throwing gay ass tantrums and shit. If you dont like my opinion on this album fuck yourself.
Three years later, I don’t know if all the opinions I expressed still hold weight about this album. The replay value just isn’t the same as Justified or even FutureSex/LoveSounds, but it is definitely an experience to revisit in its entirety on occasion. You have to sip all those sensuous audio notes like Glenlivet 25 Year Old. This isn’t an album that is made up of tracks for individual consumption. This is made for you to turn the TV off and put on those Bose headphones on and relax with your favorite drink. Consume correctly and you’ll have an experience you’ve never received through music before. 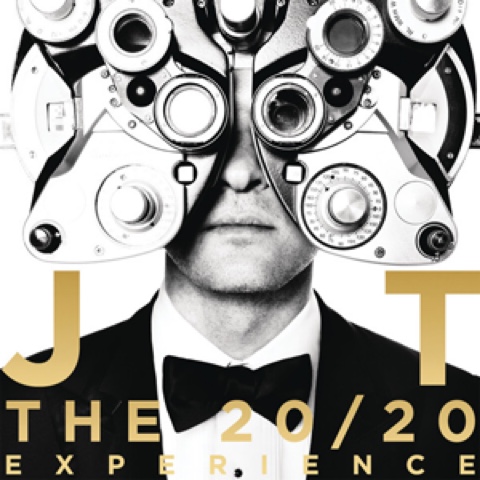